I’d wanted to blog every, single day for the next 16 months, thereby having a blog that was nothing but “Day One, Day Seven, Day Etc”, but, due to the computer problems, that became impossible.  So, for a while, anyway, I’m going to try to do titles that you might see people use because they mistakenly THOUGHT they were witty.  Case in point, today’s title.  I laugh at how many ways people try to work in coffee-related words into coffee shop titles. (Uncommon grounds, sacred grounds, thanks a latte’)  So, this one’s mine.  I in no way wish to be offensive to The Church of Jesus Christ, Latter Day Saints.  It was only an attempt to be offensive to poor business titles.  (Forgive me, LDS, and thank you for reading my blog so…shall I say it…..religiously)

Jacelyn’s first day of class was yesterday and she made it through alive!!!!  Now I can begin posting a tidbit from her day each day for you all.  Probably a lot of talk of…..um…..STAT…..and Code Blue…..and……………………scalpel?  I don’t know.  We’ll just see what she learns about.

As for me, I met with the Pastor yesterday regarding shtuff to do here and it was insane, crazy awesome!  I am meeting with the  youth ministry team on Thursday afternoon to start seeing how I can help them!  It’s great because at one point he said, “We really need to get a youth ministry started that doesn’t rely on the youth minister alone, but can continue to function when there isn’t one or when he/she leaves!  (that’s amazing because, as you probably know, that’s exaaaaaactly how we tried to structure it back home!)  He also said that by Sunday I should have also met with the leaders of the Marriage and the Family ministry to talk about Theology of the Body.  Then, in regards to the mission trips, he’s basically ready right now to have teams come over!  They need help building, painting, re-organizing, outreach, evangelization, training, etc.  So, gear up, all! Below is a pic of where the church used to be.  Nothing has been left except the altar. 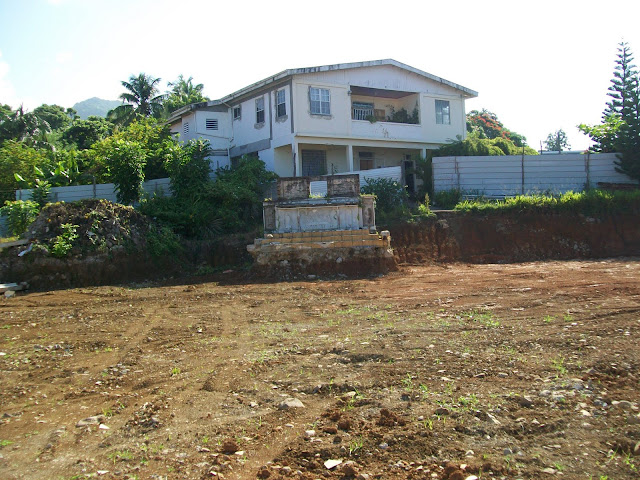 Lots of awesome work to do!

Jacelyn’s last hurrah before starting classes was The Island Tour, as Ross University calls it.  We got to see…. 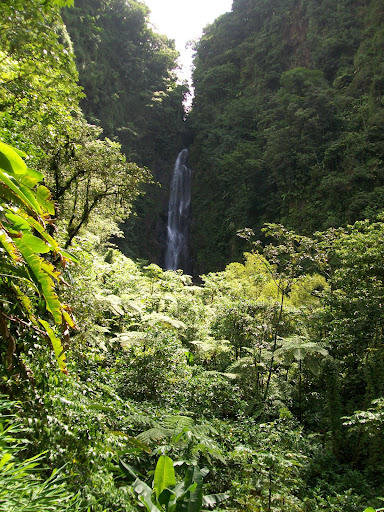 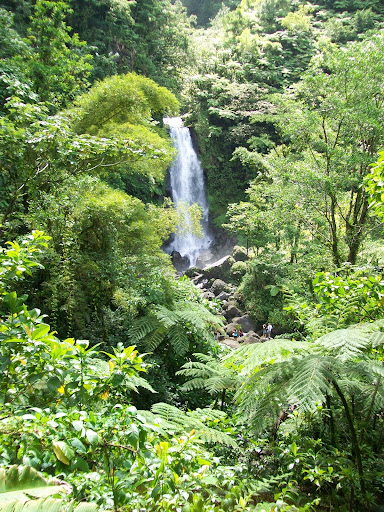 It’s SO frustrating because these falls were HUGE, but when you take a pic, you just can’t tell.  On the way back down the mountain, we got to stop and see boiling sulfur springs. 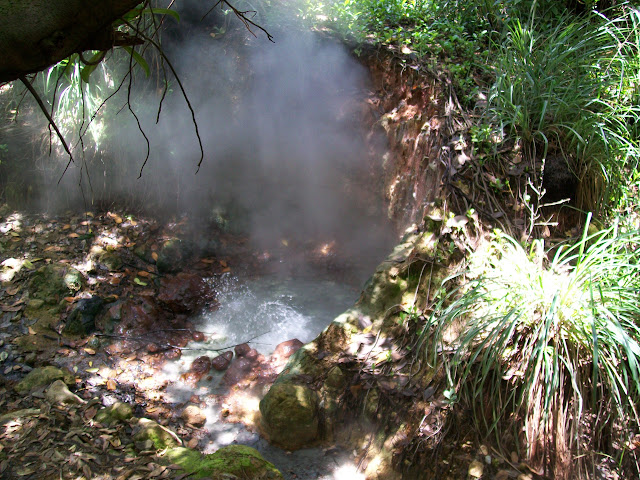 And click HERE for a video of it boiling…

Please allow me to take a moment and encourage you to eat at Uncle Louis Cafe in Duluth, MN. 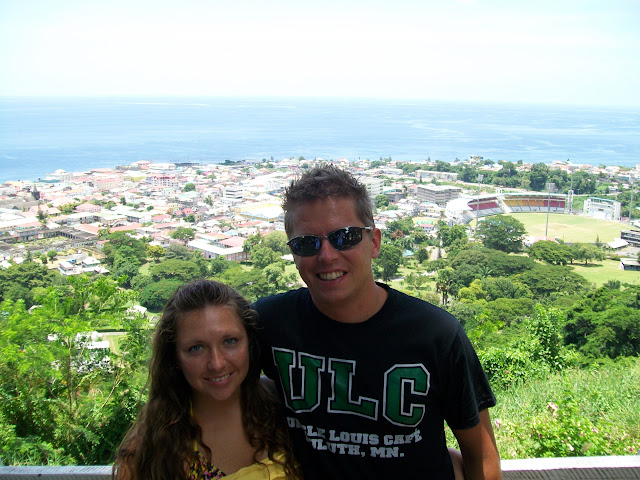 Then, after driving through the botanical gardens, we stopped for a lunch and then moved on to the top site of the day: Scott’s Head.  Scott’s Head is the southern-most tip of the island and is the meeting point of the Atlantic Ocean and the Caribbean Sea.  There’s a small strip of land leading out to a huge mound of rock.  On the left is the Atlantic, on the right is the Caribbean. 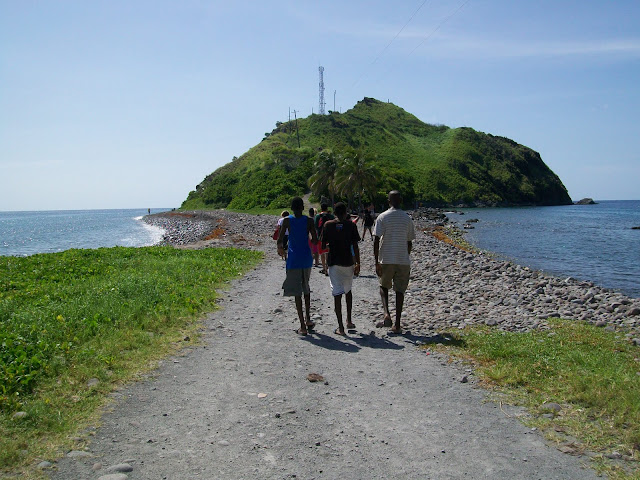 Then, to top it off, we got to snorkel on the right side.  There’s a famous shelf under the water.  At one point, you’re snorkeling along looking at all the  coral and aquatic life and then it all just drops away.  It goes from being like 20 feet deep to I don’t know how deep because it just turns dark blue.  You feel like you’re flying.

On a final note for this post, one of Jacelyn’s fellow classmates (Virginia is her name, and she wants to be a medical missionary) has been reading our blog and stopped me yesterday to ask what was up with my ‘puter.  I told her and she offered to let me use her MacBook Pro until I can find a replacement!  Dang, yeah?  Thanks, Virginia.  I only hope making you famous by mentioning you on my blog can be repayment enough.

We are The Davidsons. While Jacelyn was attending med school on the Caribbean island of Dominica, we adopted three siblings (2 boys, 1 Girl). We will be living in St. Cloud, MN, for the next three years whilst Jacelyn completes her medical residency! Nic will be writing and doing his best to come speak wherever you are.
View all posts by Nic »
← Day 12
Dominicafe’ →