Hey, all!  I want to put a little plug in for Dominica:

“ARE YOU AN ADVENTUROUS PERSON?  DO YOU CRAVE THE ODDITIES AND RARITIES OF WORLDWIDE TRAVEL?  DO YOU TIRE OF THE EVERYDAY PASSERBY, LONGING FOR SOMEONE MYSTERIOUS TO ROUND THE CORNER?  ARE YOU ALWAYS WISHING THAT FAIRY TALES AND MARTIAL ARTS WERE REAL?  WELL, IF SO, WHY DON’T YOU BOOK A TRIP TO DOMINICA??????”

There.  I got that out of my system.  Why am I so keyed up for the Island of Nature?  Well, it could be because I have become addicted to the local commodity the sugar apple; however, it also could be because I witnessed my first mythological creature today!!!!!!!!  My day started out just like yours did, I’m sure: wake up at 6:30am wrapped in a sweaty sheet, due to the lack of AC in the bedroom.  I got up.  Saw Jacelyn off for the day.  Washed the whites, which I wasn’t able to do yesterday. (More on that in a few)  Around noon, I got ready to head out to meet Jacelyn for lunch on campus.  I put my shoes on and went through the normal checklist: “Wallet, cell phone, keys, machete” and opened the door.  There it was.  Across the street.  I’d always thought they were only from movies, but here, before my naked eyes, one had appeared.

A ninja.  Bona fide.  Just going about his ninja-ly duties.

Sure, for a while I just stared at him, my mouth hanging open.  But then, you all popped into my head and I realized that you’d never believe me if I simply relayed the story in words.  I knew–heady, logical, skeptical readers that you are–you’d demand proof.  So, I dove back into the apartment, grabbed the camera (praying he wouldn’t be gone when I turned back around), and snapped two shots for you.  In typical Ninja fashion, he was able to elude a full, close-up, front view, but I got what I could.  I give you…….The Ninja.  And more Ninja.

I know.  How and why do all the amazing things happen to me?  I don’t know, but I’m riding that train while it’s moving, man.  I’ll take Ninjas and their amazing weapons like his any day of the week.  Only a place like Dominica is awesome enough to be able to actually EMPLOY trained, invincible killers to do its lawn care.  Seriously.  You all have to visit.

So, in the last post, I mentioned that we have our chihuahua, Burt Reynolds, now.  I forgot to show you guys a pic of him, so I got a perfect one, very indicative of what he does 23 hours a day. 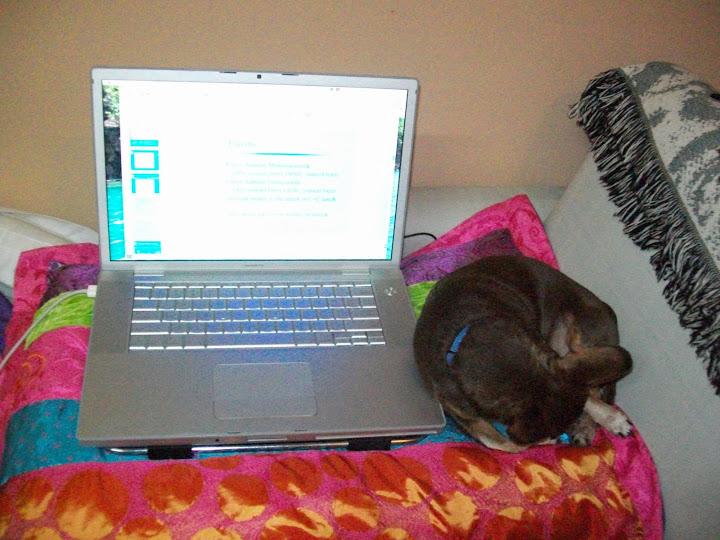 I think he likes the mix of blustery cold from the AC in the back room, mixed with the sweltering heat that a Mac puts out.  You gotsta love him, though, yeah?

Okay, and I mentioned not being able to clean the whites.  Here’s the deal.  My mother-in-law visited last weekend and I didn’t do any laundry for like three days.  Then, because it’s been raining for three days straight, we had a bunch of “water outages”.  The water company turns off he water because we don’t have a reservoir to purify, which leads to brown water.

So, yesterday, I set out to do ALL of it, winding clothesline all over the balcony and apartment.  However, halfway through the washing process, I remembered something: it had been raining for three days straight.  That reminded me that when we get a lot of rain, the faucet water can turn brown sometimes.  That caused me to stop and look at the water I was about to put the whites into.  I saw this: 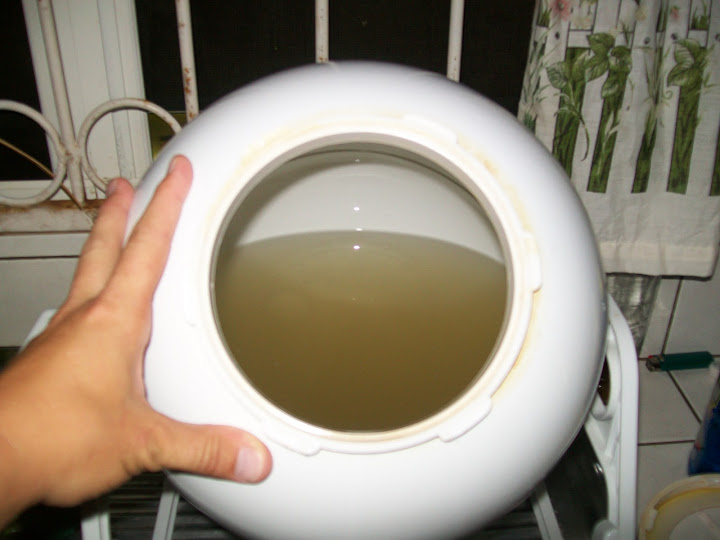 I waited until today to do the whites.

I will close our session today with a picture I took on the way to the airport.  When we arrived on Dom, we were so tired that we slept all the way from the airport to Portsmouth.  Consequently, we never got to see vistas like this… 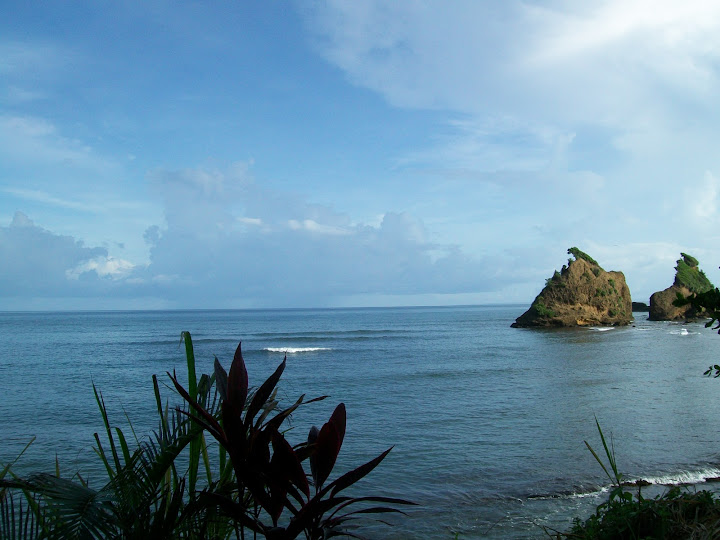 …until Monday.  Beautiful, eh?  Again, who but me is lucky enough to get a snapshot of a T-Rex on the top a rock island?  Do you see it?  I think he may be stuck out there.  No wings, small, stubby forearms.  Yeah, he’s stuck.

We are The Davidsons. While Jacelyn was attending med school on the Caribbean island of Dominica, we adopted three siblings (2 boys, 1 Girl). We will be living in St. Cloud, MN, for the next three years whilst Jacelyn completes her medical residency! Nic will be writing and doing his best to come speak wherever you are.
View all posts by Nic »
← Bloggy Bottom Boy
I’m not late in blogging, I’m just on island time, Dawg →