RSS Feed
← Roasted Carib-beans
A Mini and a Tiney →

A Plague On Both Your Goats

So, this will be quick, because it’s 1 am and I’m very tired.

First, Phil (the goat) had gotten himself wrapped around a tree this morning, and was bleating SO miserably that  I put everything down and chased him around the tree like 11 times until he was un-wound.  In the process, I grabbed the tree he was tied to and punctured my hand on one of the thousands of thorns that grew on the tree.  In case you’re counting, I’ve rescued Phil TWICE and ended up bleeding TWICE.  Seriously, I sense a nice Goat Flambe’ coming on.  Stupid Phil.

Also, before entering church on Sunday, we saw a kid being lead by a goat on a rope.  T’was normal, and we barely noticed.  However, AFTER church, Jacelyn said one of my favorite quotes from the island so far:  “Oh look, Nic, there’s a kid with a goat AND a machete!”  Ahhhhh, the bliss of the after-church crowd. 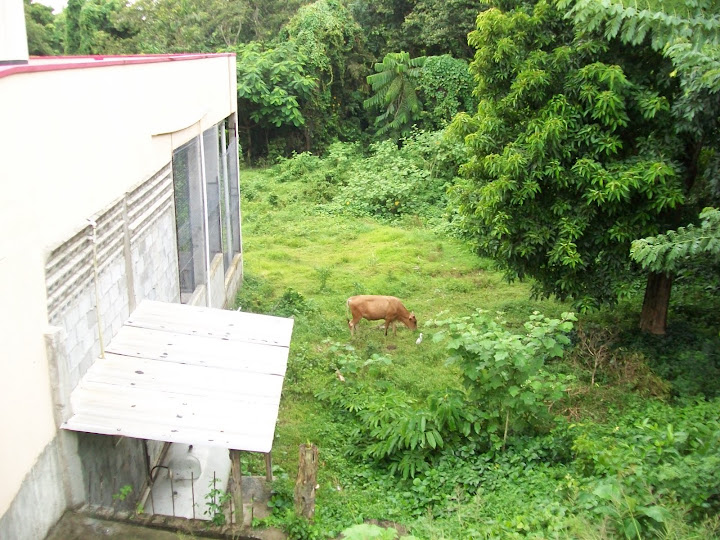 In case you’re wondering where he is, it’s just below and behind the KFC in town.  The word from all the veteran students is that Waldorf has a particular affinity for the drive-through.  It’s a long, sloped drive-through and people say Waldorf walks up it all the time.  Rest assured, I will be on guard with my camera and I WILL get catch him red-hooved.

I got to see this sunset tonight: 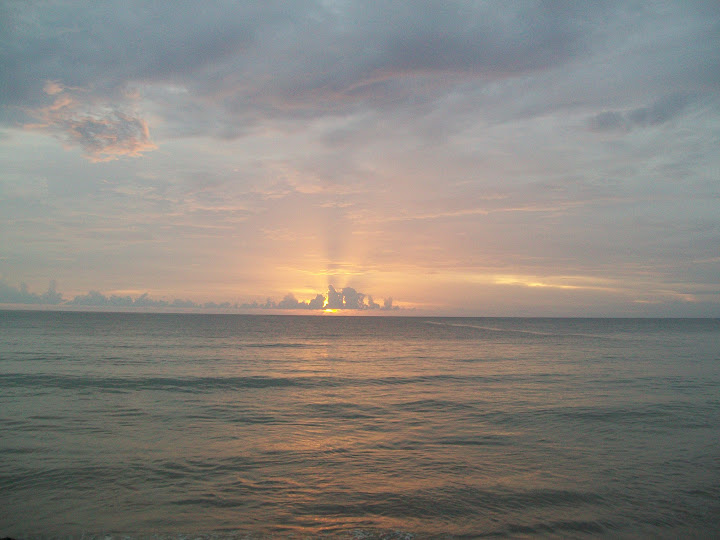 Yesterday, on the way to the capital city, we had to drive through this: 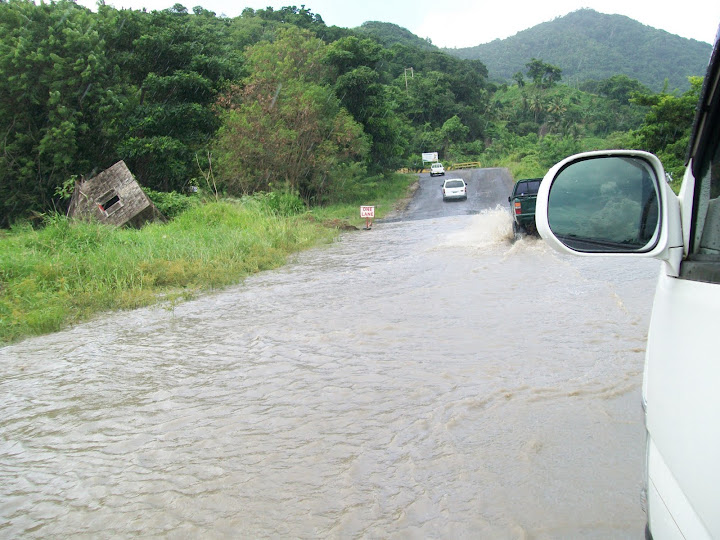 At one point the engine was smoking (so unhealthy) and we were moving very slowly.  Allow me to draw your attention to the overturned house on the left.  That was, indeed, from flooding.  I have 7/8 a mind to buy some red and white-striped stockings and paint some slippers red and wedge them under that sucker; however, with me, the 1/8 usually wins out in situations like that.

That’s it for now.

We are The Davidsons. While Jacelyn was attending med school on the Caribbean island of Dominica, we adopted three siblings (2 boys, 1 Girl). We will be living in St. Cloud, MN, for the next three years whilst Jacelyn completes her medical residency! Nic will be writing and doing his best to come speak wherever you are.
View all posts by Nic »
← Roasted Carib-beans
A Mini and a Tiney →