So, a quick note about yesterday.  You all know that I’ve been a youth pastor for the last four years and that I’ve loved it.  You also know that it’s nearly impossible to get a work visa on Dom.  So, if you’ve put as much thought into it as I have, you’ve realized that that means I can’t get any steady employment, either.  Add to that, your knowledge of the fact that we desperately want to be missionaries.  (wow, you know quite a bit about me, eh?)  The sum of all that knowledge basically looks like me leaving a great job to journey to a place where I can’t do anything “productive”.  I have to admit that I was a teensy bit pensive about how things would work out.  Though I knew there are always ministry opportunities everywhere you go, I wasn’t quite sure how I would find them.  I also knew I wanted to try to put together some mission trips to the island, which I wasn’t sure how to set up, either.

When church got over, the pastor came to the pulpit and made the announcement that they desperately needed to get their youth ministry off the ground and people needed to step it up and start helping.   Then, the deacon came up and said that marriage and family were his highest priority and that the husband/wife relationship was of the utmost importance.  Then, the pastor came back and said that they need more people to step forward to help with the church building project on Saturdays. (in 2005, an earthquake destroyed their church and they’ve been struggling to raise the funds and manpower to rebuild it since then).

So, when the service ended, we walked up to the pastor and explained our situation on Dom.  I mentioned my having been a youth pastor for the last 4 years and that I was raising a bit of money stateside in order to be available to help locally and that I was very interested in having mission trips come to help rebuild the church.  He basically said I was “in” on all counts!!!  We then were approached by the deacon’s wife, who is the head of student housing at Ross University, and they offered us a ride home.  While driving, I explained that I’d been trained in Theology of the Body and that I did public speaking about it in the States and he said he’d pass my name and info on to the “higher ups” so we could utilize that training.  So, in one fell swoop, I now have a set mission (youth), likely speaking engagements, and enough stuff for 10 missions trips to do!!!  I am basically just floored.

As for Jacelyn, she absolutely loved the service.  A lot of the songs were in the more “island-esque” genre and, whenever there was a song, everyone sang so fully and loudly that the whole place was just echoing with their voices.  The preaching was awesome, as well.  An energetic, fervent sermon, just like we like ’em.  Towards the end, they had any visitors–all three of us–stand up and they sang us a welcome song which consisted largely of “We love you.  We love you.  We love you.”  It was awesome, because, by the end of it, we really got the feeling that they DID love us.  (It was also the first experience for both of us of being the only two white people out of 250) (I’m not racist for noticing it; and apparently, they aren’t either, because they love us)

Jacelyn also had the wonderful experience of picking up her books and supplies, today!  Below are some pics of her already having fun with her new toys: 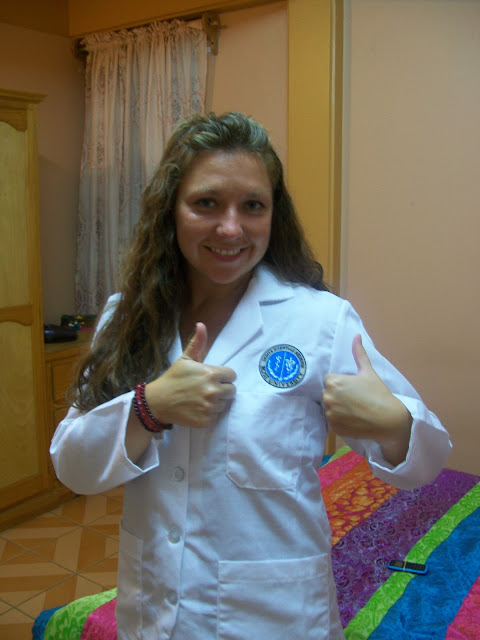 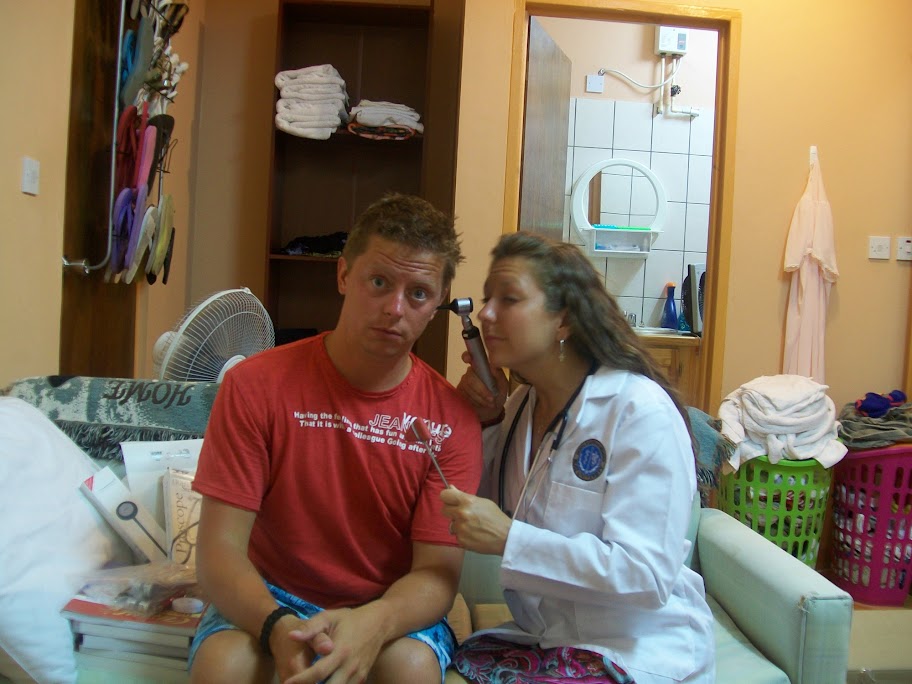 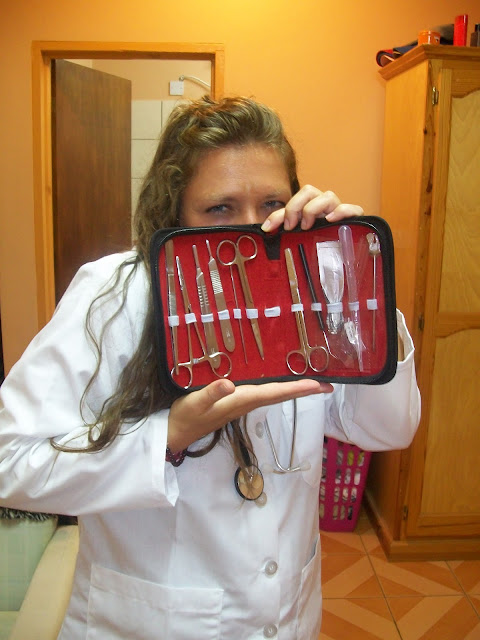 The final pic was taken on our little shortcut trail through our backyard.  We were walking and were startled by some scruffling, which turned out to be these two goats.  Upon further investigation, the smaller goat in the foreground was trapped in the bushes by having gotten his rope wound around them.  I quickly pulled out the leatherman my dad gave me and sawed through the branches, thereby setting him free. (that definitely counts as my good deed for the day)  Unfortunately, in the process, I slipped and smacked my lower kneecap with the back end of the utility tool.  I thought nothing of it until I looked down and saw a small stream of blood running down into my sandal.  When the small puncture stopped bleeding like 20 minutes later, I thought I was in the clear.  Now, 10 hours later, my knee is killing me and I limp like my Moroccan neighbor, Fatima. (Hi, Fatimala)  Stupid goat.  As soon as I can walk without hobbling, I think I might find him and eat him like My Grandpa-in-law said I should.  I’m just saying……. 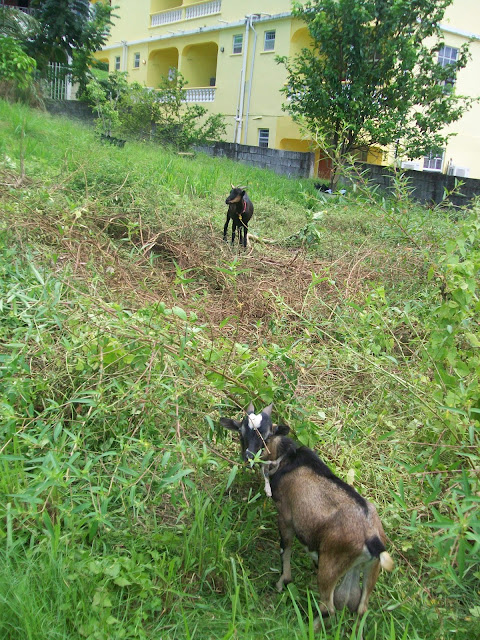 (The little one is just staring at me, like he knows what’s about to go down and he’s happy about it.) (Sucka’s gonna taste good with some soy sauce)

We are The Davidsons. While Jacelyn was attending med school on the Caribbean island of Dominica, we adopted three siblings (2 boys, 1 Girl). We will be living in St. Cloud, MN, for the next three years whilst Jacelyn completes her medical residency! Nic will be writing and doing his best to come speak wherever you are.
View all posts by Nic »
← Day 6
Day 8 →